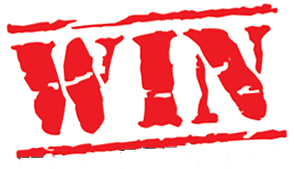 Add Another Mark To The Win Column

Through our legal counsel Outside Legal Counsel, PLC, Michigan Open Carry, Inc. has agreed to a very one-sided settlement of our Freedom of Information Act lawsuit against the City of Harbor Beach.

Presumably realizing that the future prospects of the litigation against them were very bleak, the City of Harbor Beach has effectively agreed to give us everything we’ve asked for. You can read a copy of the Settlement Agreement HERE. A summary of the terms are as follows:

As you can plainly see, this settlement is completely one-sided. There is no other way to describe this than a complete caving on the part of Harbor Beach, and a big win for MOC. While this settlement is not a victory in court, it gives us everything we wanted while saving all parties further legal expenses.

Since agreeing to the settlement, we have received a stack of documents from Harbor Beach totalling 177 pages. A 25MB pdf of the documents can be downloaded HERE. Have fun!

Part of our requests went as follows: “Any and all documentation obtained by or provided by the Harbor Beach City Council or one of its members, or the City Director, relating to how the City's policy on firearms carried by employees may affect the City's insurance rates.“

What did they provide in response to this? NOTHING! That’s right, nothing! They never mentioned insurance before making their decision and provided ZERO documents to support their claim that they had to enact this ban or face an increase in insurance rates. In short, they LIED! They lied to the citizens they were elected to represent to cover their anti-gun bias. In fact, they didn’t even figure out whether or not their ban was even legal until a month AFTER they enacted it.

The documents also make it very clear just how much Harbor Beach City Director Ron Wruble views the City’s transparency obligations as “a waste of time and money”. It should be noted that, had the City responded lawfully to our request in the beginning, they would have saved 99% of the time and money they ended up spending on their losing endeavor.

We would like to thank Philip Ellison of Outside Legal Counsel PLC for his expert representation and tremendous knowledge of Michigan’s FOIA. His knowledge and passion for this area of law proved to be very valuable and it was our sincere pleasure to work with him.

If you would like to help us fight future battles, please consider donating to our legal fund. There is always work to be done, and we are already looking to the future.

Back in September of 2016, the City of Harbor Beach passed a resolution to ban their employees from openly carrying firearms while in the course of their duties. This ban came after Casey Armitage, a crossing guard for the City, was told that the City’s employment policy prohibited her from carrying a concealed pistol, after she had been doing so for nearly a year for her own protection and the protection of the children she oversees. When she pointed out that the policy only prohibited concealed carry, the City, in knee-jerk fashion, immediately moved to ban open carry too.

When later asked to justify this overtly anti-gun move, the City cited unspecified concerns that their insurance would increase if they didn’t enact this policy. How their insurance had not increased up until this point, sans a policy, was not explained.

When asked by Mrs. Armitage for documentation explaining how and why the City’s insurance would increase, she was very rudely told by City Director Ron Wruble that she could FOIA the documents but then he “would have to charge her a lot of money”. We saw this for the clear attempt to bully and hide that it was, and this is where MOC stepped in.

On October 3rd, 2016 we filed a FOIA request with the City asking for communications between the City Council members and director, as well as any documentation used to support their concern of increased insurance rates.

On October 7th, 2016, Mr. Wruble responded in what later came to be known as the “Wruble Response”. This response was wildly unlawful and contained fee demands far exceeding what is allowed by law.

Over the next week, the City was given three more attempts to comply with the law, three more than the law requires us to give them, and each time they failed, even after bringing in the City Attorney John Ferris for two of them. By this time, the City had already spent more time attempting to charge ridiculous fees than it would have taken them to just lawfully comply with our request.

On October 17th, 2016, we submitted a 3 ½ page formal appeal to the City of the fees they were attempting to charge, describing in detail many of the problems with what they were attempting to do complete with statutory citations and quotes. The City is required by law to respond to this appeal within 10 business days. They never even tried.

Having met all of our legal obligations, and then some by a very wide margin, we felt that the only way we were going to get Harbor Beach to comply with the law was going to be through litigation. This is when we reached out to Philip Ellison of Outside Legal Counsel PLC for help.

In December of 2016, through Outside Legal Counsel PLC, we filed a complaint against Harbor Beach in the Huron County Circuit Court alleging numerous violations of Michigan’s Freedom of Information Act.

You can read all of the briefs filed back and forth HERE.

The case progressed over the next year until finally it was heard in September 2017 before Judge Gerald M. Prill, who happens to be the only circuit court judge in Huron County, and a former partner for the firm that represents Harbor Beach. Go figure.

Judge Prill ruled in favor of Harbor Beach and dismissed the case. In his ruling, he found that since we did not pay the illegal deposit Harbor Beach was demanding, we lacked standing to challenge Harbor Beach’s illegal fee demands. If this sounds ridiculous to you, that’s because it is. Not only is this nowhere in the law, it was based on a ridiculous and outdated CoA ruling that resulted in the FOIA being changed, which means it’s no longer applicable. A case in which our attorney took part in, making him very familiar with it.

Our attorney immediately motioned for reconsideration, meaning he asked the judge to take another look at the case, and explained the serious issues with the ruling. In a very rare occurrence, Judge Prill granted our motion to reconsider. It must be expressed how truly rare this is. Judges are not perfect, but it is very rare for one to admit they may have made a mistake.

Presumably seeing their impending demise on the horizon, Harbor Beach’s counsel reached out to ours to discuss a settlement. We made it very clear that we were very confident in our position and we were prepared to take the case up the appeals chain, which we very much were - neither us nor Mr. Ellison are strangers to the appeals process.

The City eventually relented and agreed to give us … well everything. From our perspective, this was a smart move as it prevented them from having to pay significantly more in attorney’s fees, for both us and them, down the road.

Let this be a lesson to public entities that do not take their obligations to serve the citizens they were elected by properly. There are people and organizations who are willing to stand up to government bullies and we are proud to be one of them!

There is never a shortage of work for us to do and we are always looking for ways that we can help. If you would like to help us, please consider making a donation to our legal fund. Every donation, no matter how big or small, really does help us fight back.